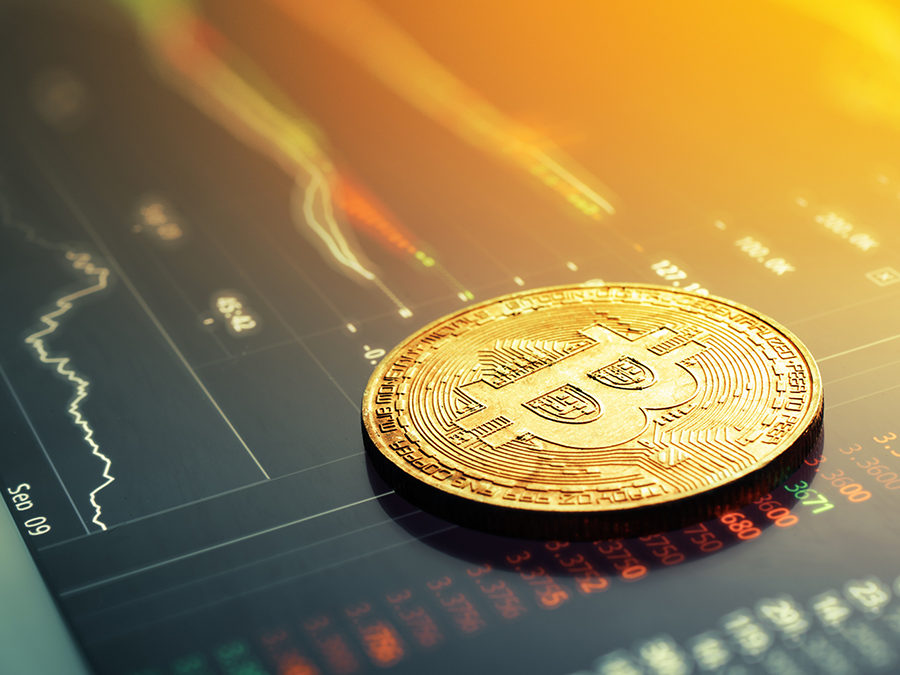 It happened on Tuesday 16 February  2021. Bitcoin has breached the magical threshold of 50,000 USD for 1 bitcoin, a threshold which resisted several times before. Only in this year, bitcoin has registered a growth by unbelievable 70 %. Because of this boom, almost everyone must have heard about bitcoin by now. Even I get asked by my clients and friends more and more often if I would recommend this investment to them. From my point of view, the answer is quite simple. But let just respond to other questions about this cryptocurrency first.

What is bitcoin and how did it come to be?

Bitcoin is the most famous and probably also the oldest “cryptocurrency”. Cryptocurrencies are sometimes referred to as “digital money”.

But are they really money?

In school, I’ve been taught that money have three basic functions – means of trade, accounting unit and store of value. From this viewpoint, I believe that bitcoin truly fulfils only the last of them and most probably, it won’t function as money in the common sense any time soon.

Bitcoin has been created during the financial crisis in January 2009 as a reaction to money being pumped into defaulting institutions by various national governments. In the spirit of this idea, the release of bitcoins into economy is governed by a computer algorithm, independent on decision-making of governments or other central institutions. That means that the rules of functioning of bitcoin are already given. For example, it is known that the final amount of bitcoins is 21 million. The bitcoin technology allows private transfers of money between owners of electronic wallets without any option of tracking of these flows by the central authorities.

What caused the current boom?

Despite very different causes, the economic situation of today has one very similar aspect to the financial crisis in 2009. This being the huge amounts of money being pumped into the economy by national governments, which is exactly the situation which led to the establishment of bitcoin. Therefore it is not surprising for this cryptocurrency to regain its place in the centre of attention of investors. The interest of renowned and important companies in bitcoin is yet another, no less important cause to the current growth. The latest example is the investment of the Tesla car manufacturer (Elon Musk), which turned a part of its available funds into bitcoin and this investment in the amount of 1.5 billion USD at the beginning of February catapulted the bitcoin exchange rate by 14 %.

Is an investment into bitcoin suitable for everyone?

A STEM/MARK poll conducted almost two years ago has shown that about three quarters of Czech people had already heard something about cryptocurrencies, most of them about the bitcoin itself. After the recent tumultuous development, the number will surely be higher today. The same poll revealed that mere three per cent of Czech people had invested in cryptocurrencies. A question remains of how did this percentage change, since we know from another source that the volume of cryptocurrencies sold in the CR has increased almost fivefold between January 2020 and January 2021.

Nevertheless, it is hard to imagine for the investment into bitcoin to become a more widespread matter comparable to for example investments into investment trusts or bonds. It is almost impossible to predict further development of this cryptocurrency and market timing therefore represents a great risk. The situation from the aforementioned Tuesday 16 February  2021 serves as a great example, since the bitcoin exchange rate increased up to 50.5 thousand USD for 1 bitcoin only to subsequently drop by 1,300 USD in the following hour.

How can one acquire bitcoin?

It is not easy to get bitcoins for a common investor. Common banks and investment companies don’t usually have it on offer. It can only be acquired on specialized bitcoin stock exchanges and exchange offices. Sometimes, you might encounter bitcoin ATM machines. However, the purchase is not easy even there and it requires a certain literacy in scanning of a QR code from a smartphone to the bitcoinmat display. Before any purchase, the purchaser must own an “electronic wallet”. And even the holding of previously purchased bitcoins is not as easy as you might think. Apart from the aforementioned electronic wallet, the investor should have at least some experience with two-factor authorization of identity in logging into account. Otherwise, the investor risks losing their bitcoins to hackers, which has already happened in the past.